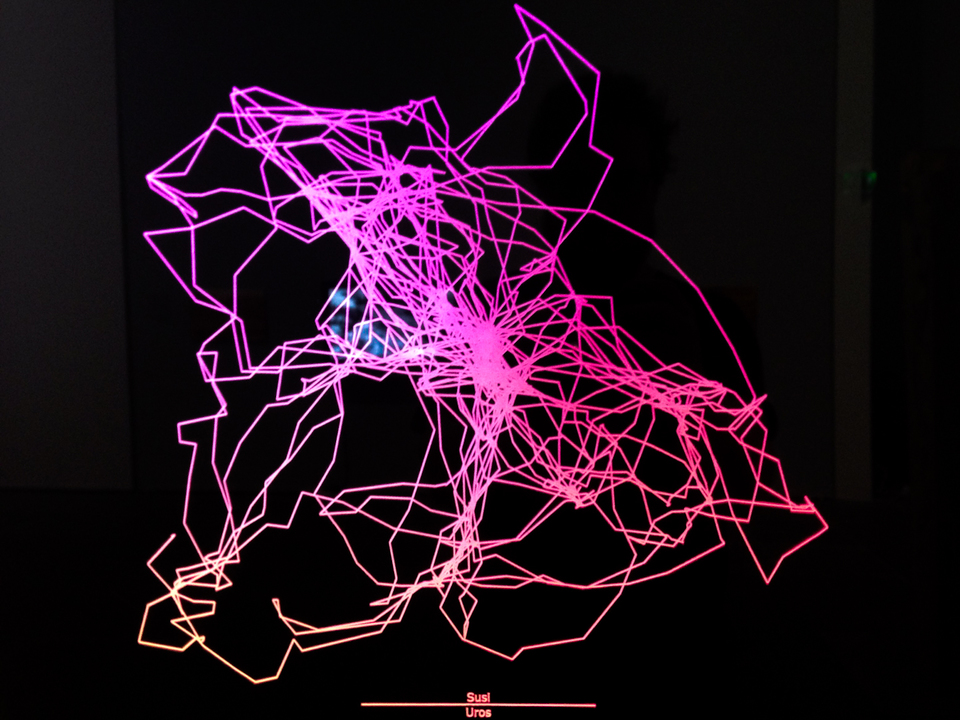 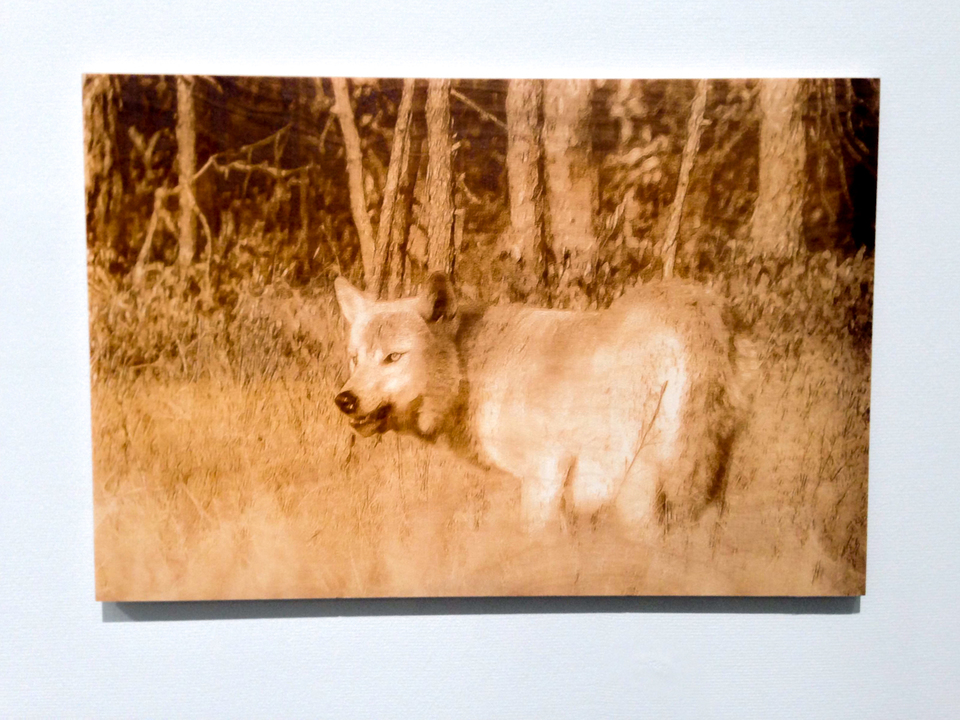 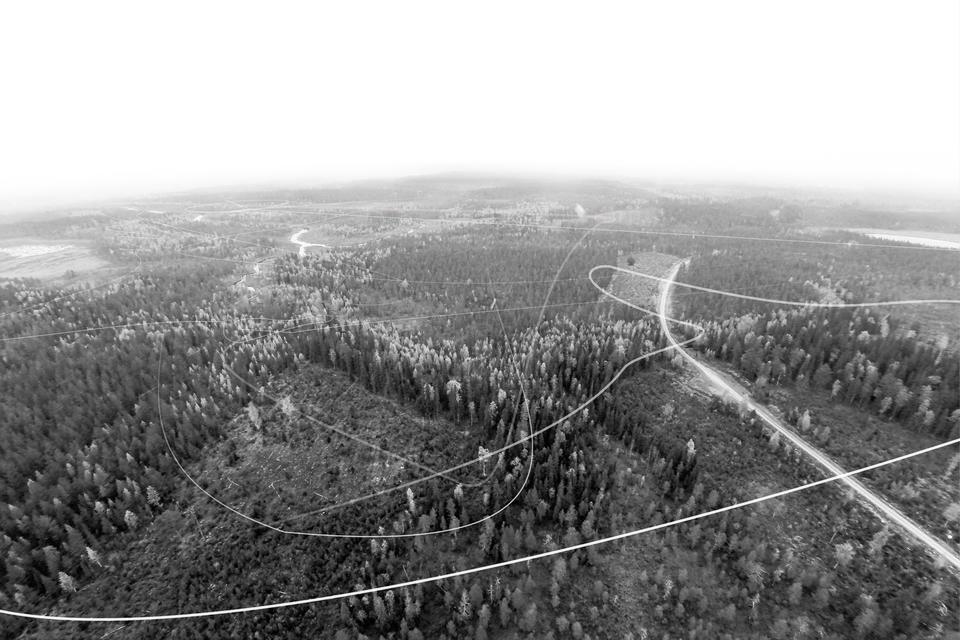 Wolfland is part of Jälestää - Tracing, an Ongoing artistic research exploring realm of hybrid territory in between human and non human.

How can we see the presence and impact of animals through their tracks, movements and actions in the changing environment. What is the relationship between animals and human beings, and what is their relationship to the landscape.

An animal in nature in its own environment is a mobile force whose influence extends far and wide. Wolves move over large areas and they affect their environment.  We humans are tied to our own perspective of time, whereas the nature and the landscape have a more extensive, multi-level memory. New technologies such as underwater and aerial cameras, global positioning and drones make it possible to create new aesthetics; new ways of creating artistic and scientific expression that can break and expand the present view of the nature and time.

The rituals of tracking and observing are opened through action, technology and framing. Satellite positioning places an object, an animal in the landscape in relation to time as a point, as a moving line, as a cluster, a network in the landscape. A world populated by individuals appears as a network of overlapping and intersecting fields, as a whole created by individual elements. The male wolf are drawn with lasers on wood and acrylic. Through the led lit track the wolf pulses trough abstract landscape. The new meets with the everlasting.

We humans are just a part of this side of the watershed, of this forest, river bank, of this movement and this bakcround noise of life. There in the border region the wolf moves with its pack. The continuum, the overlaps, support and develop each other.The landscape carves us, our movements shape the world. A wolf shapes its environment. An animal is not an object, an image framed by the eye or the objective. It is not a lifeless frame of time in a medium, in material, or an interpretation, it is a force field that with its movements, with the cooperation of the pack shapes its environment. The new portraits try to break the limits of a static portrait, to break themselves to the other side of the human time perspective, into a broader landscape. The wolf tracks in the bottom of the ditch are running on the tracks of elks fleeing. The satellite measures the tracks and the movements of the wolf. During three months the wolf is drawn as a member of its pack into a regular shape between the nest, the hunting routes and carcasses. Three thousand eight hundred pixels create an image of a power that shapes the landscape, avoiding human traces, the roads and lakes. Eventually this flame, this power will be extinguished; another wolf will be walking on its territory and route in its own style. What remain are a digital shadow, and the future generations.

The animals and the environments have been tracked with satellite, photographed and filmed under authentic conditions from 2007 to 2014 in the regions of Northern Ostrobothnia, in the border areas of Kuhmo.