In the Vast Ocean of Air 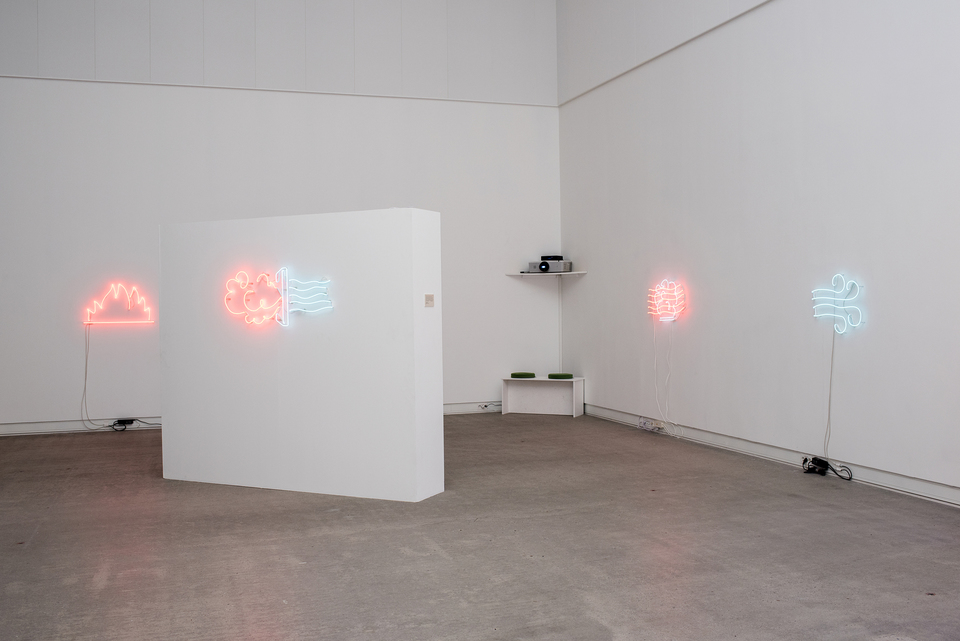 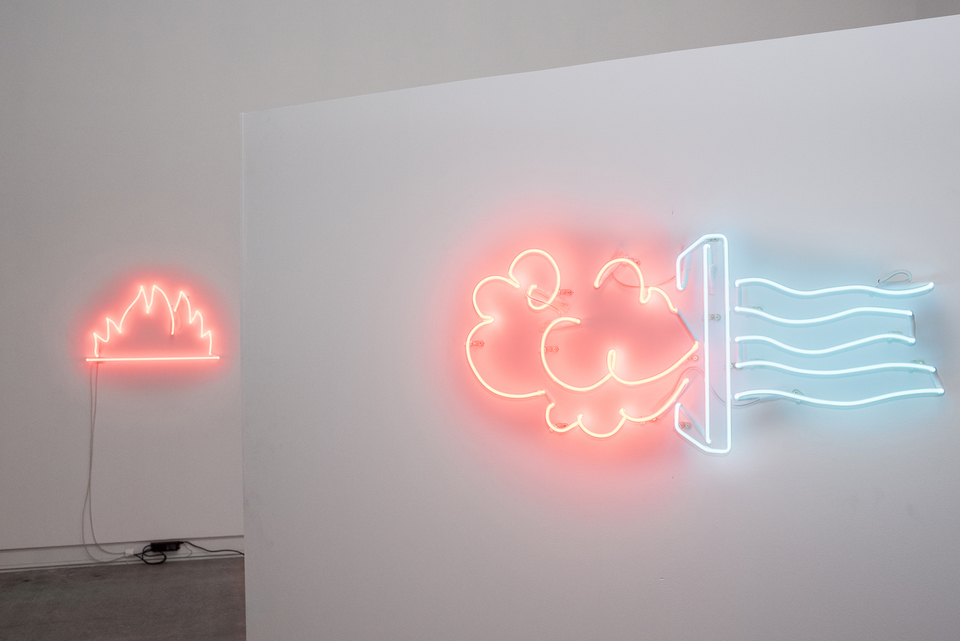 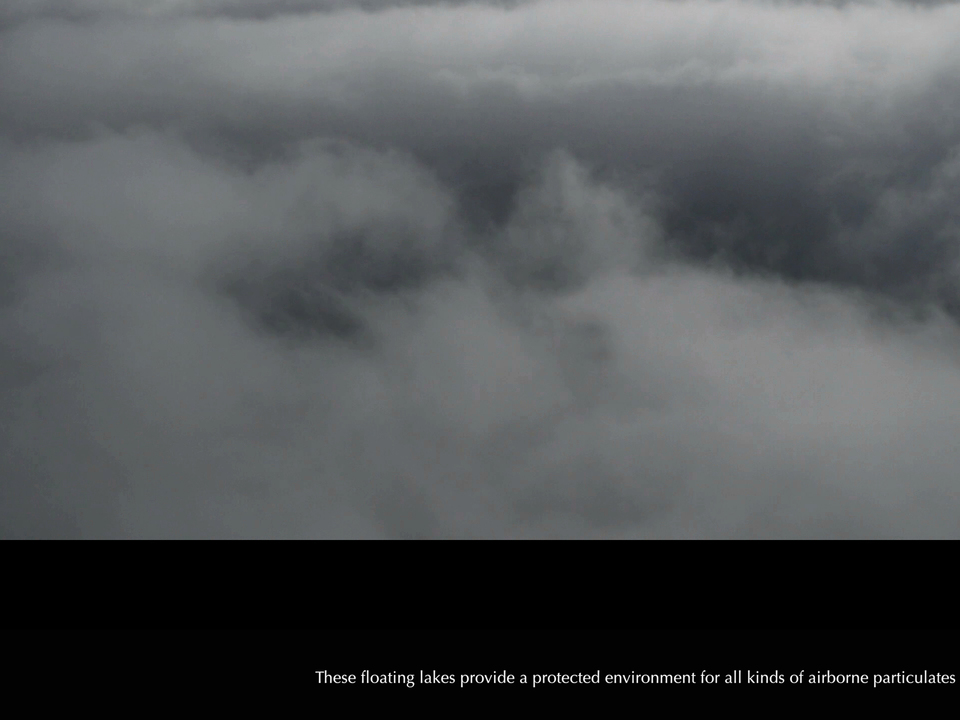 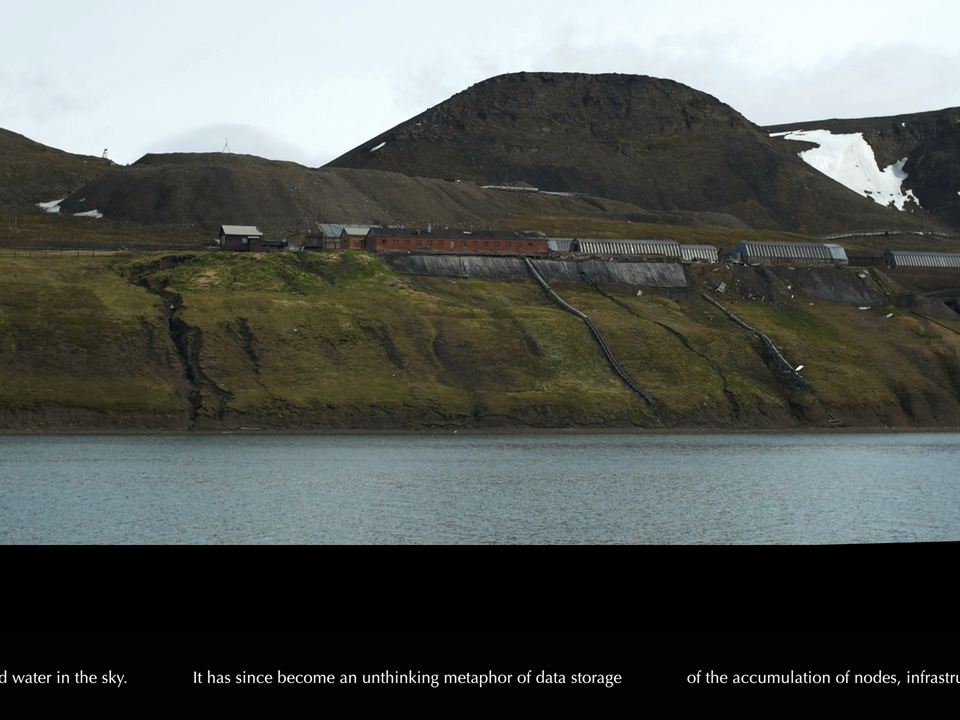 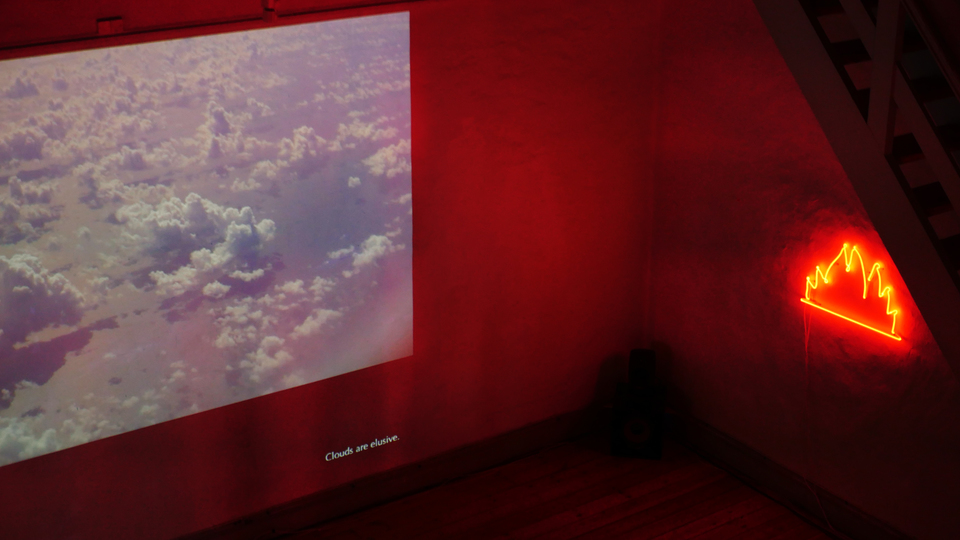 The installation consists of a looped video projection and five neon signs. The film is set in a region that has been subject to exploitation of natural resources since the early 1600s–the Arctic archipelago, and former no-man’s land, of Svalbard. The neon signs evoke symbols used for controlling weather indoors; heating, cooling, humidification, air circulation and purification; addressing the homogenized air conditioned indoor spaces many of us inhabit.

The first snapshots taken from space showed the earth as a cloud covered planet, with clouds enveloping about two thirds of its surface at any given time. The Arctic is particularly cloudy, especially in summertime, when the sea opens up, releasing minute particles of matter into the air. Clouds reflect sunlight, but they also act like a blanket, keeping the earth beneath them warm. This is the case in the widely snow covered and reflective Arctic, where land is moreover deprived of the sun’s radiations throughout the long polar night.
Clouds are inherently material, still they exist by disappearing. They tell of weather to come, yet their intermingling with minute airborne matter poses a major interference, obscuring human apprehension of climate to come. Their thickened aerial spaces are also living environments, offering atmospheric oases for airborne communities that thrive and actively grow in clouds, feeding on nutrients such as organic compounds and metals dissolved within cloud water, most presumably affecting their chemistry. Paying particular attention to the materiality of clouds, and to the transmissions and transformations they perform, be they physical, biological, chemical, digital or other, the film reflects upon some of the material exchanges taking place through the atmosphere.

As the effects are accelerated at the poles, changes in climate have led to an increased interest in the Arctic, where global warming can be studied for preventive measures, but also in relation to future effects of climate on global economy. A shrinking ice cap could permit passage year round through the Northern Sea Route, advancing increased global shipments, tourism and hydrocarbon resource extraction. At the same time the melting of ice transforms distant countries, such as the Maldives and Bangladesh, and influences the socio-economical as well as the territorial realities of these locations.

The aerial views of the film are altered by panning from a ship, and a few earthbound shots from mining sites. Seeing is never natural or realistic, and the produced images are intrinsically reliant on infrastructure; on the assemblages that constitute aeroplanes and ships, and on the influx of food and commodities without which no human could survive at those latitudes. As for the neon signs, lit by ionised neon and argon gas producing their orange-red and blue glow, and evoking the 20°C interiors found all over the globe, any presence in the far North is dependant on a steady inflow of energy. Deriving, in large extent, from fossil fuels this transferred energy is also a remnant of warmer climates in times past, that, while permitting vast accumulation of plants at high latitudes, would, however, be inhospitable for us humans.