Carl Emil Carlsen has been exhibiting and performing interactive works since 2003. Most of his projects are centred around three core interests; the synaesthetic interplay between auditive and visual expressions, the increasingly blurry borderland between virtual and physical spaces and nature inspired generative procedures. His work often utilise sensors and custom built screens to create illusions of virtual objects appearing in physical environments. Carlsen emploies procedural and generative methods to reach expressions beyond what he is capable of producing by hand. 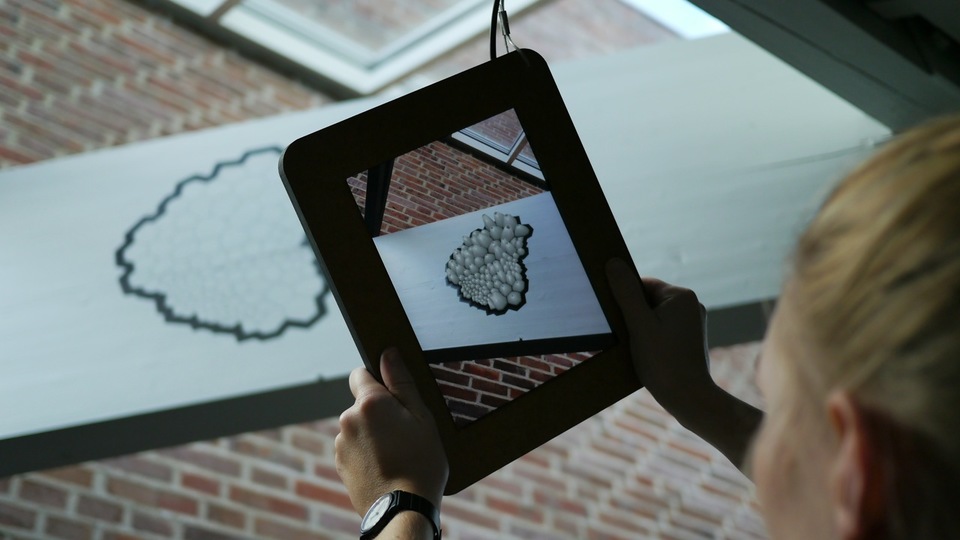 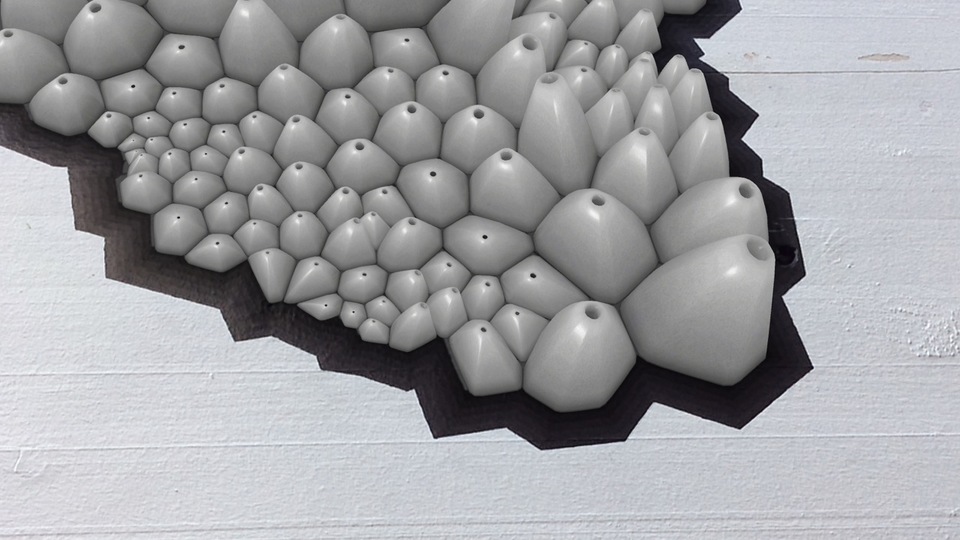 Colony 02 is virtual organism whose behaviour and symbiosis with it's nearby environment is not yet well understood. The rare organism Colony 02 is found on white surfaces and is identified by it's geometric cell-like skeletal structure surrounded by a characteristic black outline. To observe it's behaviour, one must look through a special instrument that reveals it's body to the human eye.